In an attempt to bake cookies, I failed to place the balls of dough far enough apart and, instead, a cookie cake formed. The result resembles a very useful diagram in mathematics called a Voronoi tessellation. 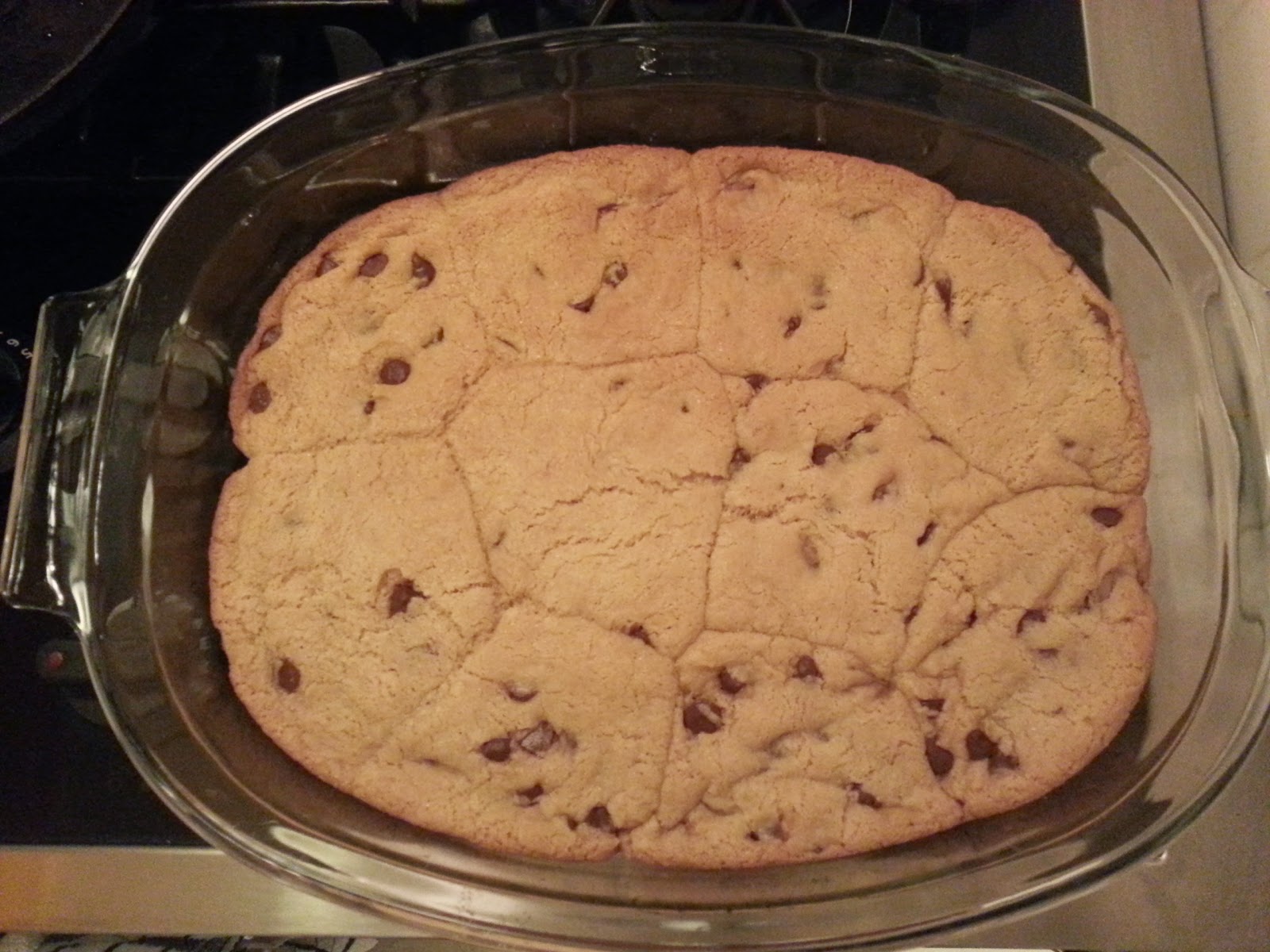 What I was excited about when I pulled this out of the oven was the boundary that formed between the regions intended to be separate cookies. The regions of space circumscribed around these boundaries (the "intended cookies") are called Voronoi cells. I drew the lines that approximately partition the area of the pan into Voronoi cells. You can also imagine the center of the balls of cookie dough that I placed in the pan before I put it in the oven, marked as red points that I will call sites $p_k$. 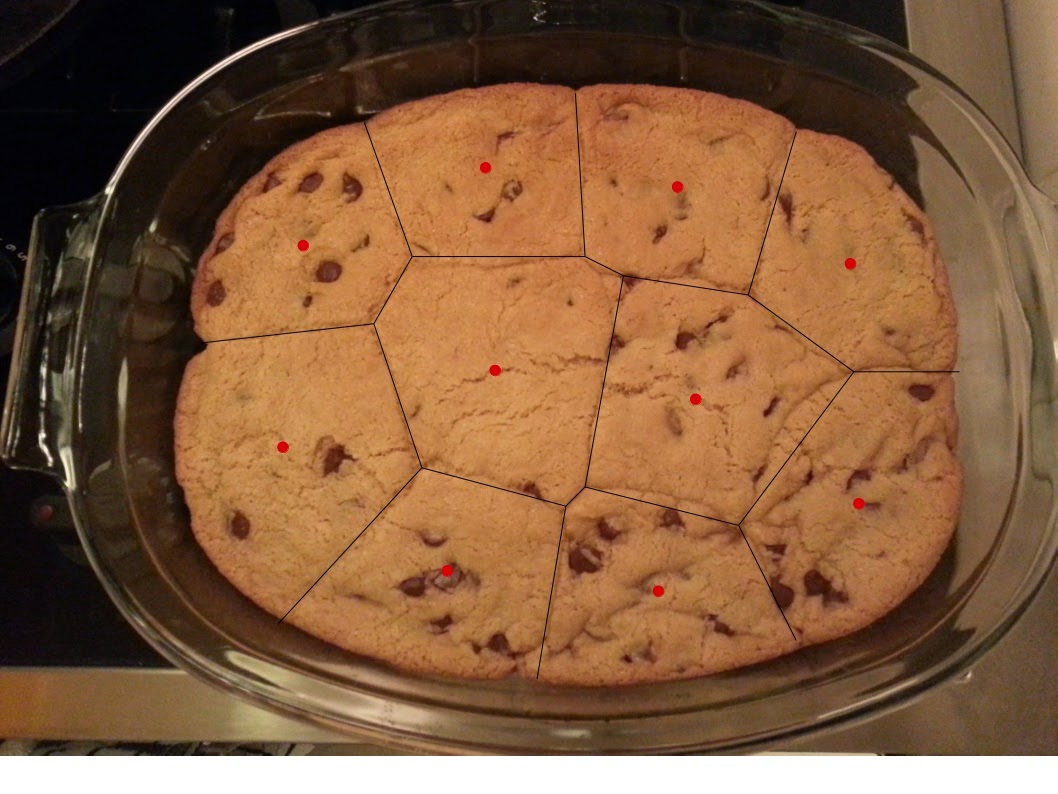 How are Voronoi cells useful? Consider a classic optimization problem called the Post Office Problem. A new city has just built 10 post offices. With the aim of reducing the cost of delivering mail, how can we optimally assign each residence a post office from which to receive mail?

Another amusing story is that of a physician John Snow, who in London in 1854, suggested with a Voronoi diagram that Cholera was being spread by drinking water instead of through the air, as thought at the time. He plotted the Cholera cases on a map of London and imagined the water pumps as sites $p_k$, drawing the Voronoi diagram of these sites. He noticed that the victims appeared within a Voronoi cell of a certain [infected] water pump. The assumption here is that people get their water primarily from the closest water pump. This suggested that instead Cholera is water-borne and identified the problematic water source [1].

In my research group at Berkeley, we use Voronoi diagrams to model the pore space of nanoporous materials [2]. This geometrical representation of a material helps us search for materials that are suitable for applications such as storing natural gas for vehicular fuel tanks and separating carbon dioxide from the flue gas of coal-fired power plants.

In machine learning, the branch of artificial intelligence that enables self-driving cars and the recommendation algorithms of Netflix, one supervised classification algorithm uses the Voronoi network, called nearest-neighbor classification. Let's say Netflix has a vector of data about you, including your age, gender, and what movies you've watched/how you've rated them. This is some representation of you in higher dimensional space. One strategy for recommending your next movie might be to simply find the person that is most like you in their database, see what movies that person likes, and recommend these movies to you. This corresponds to finding the site $p_k$ (representing the person most like you) in high dimensional space such that you lie in the Voronoi cell $R_k$.

My colleague at Berkeley, upon reading this post, mentioned that she uses Voronoi tessellations to characterize how polymers interact with water, aiding in the identification of polymers for drug delivery and lubricants.

Finally, why did the cookie cake form a Voronoi diagram? I think that one can prove that baking cookies will form a Voronoi network if you assume that each cookie expands from its center at a constant, uniform rate and stops expanding when it meets the surface of another cookie. The points where the boundaries of the intended cookies meet will form the lines in the Voronoi diagram. My cookie cake is not a perfect Voronoi diagram because a) each cookie was not initially the same shape and b) the boundary of the pan does not allow for a radially symmetric cookie expansion.

* The problem is realistically more complicated because mailmen must take roads, and these are not straight from the post office to the residences. Still, this may be a reasonable approximation.